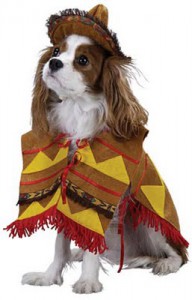 With Halloween approaching, the criticalists at NorthStar VETS thought this would be a good time to pool their collective experiences and offer some suggestions for managing dogs that ingest chocolate. The tips and points provided below are as much based on their experiences in various settings treating many affected dogs, as what may be found in texts and citations. With that, they hope some of the information below will be helpful to you.

NorthStar VETS criticalists and emergency veterinarians are always happy to speak with you if you have concerns about any of your patients â please call us â we don’t bite â not even at Halloween!

Diplomate, American College of Veterinary Emergency and Critical Care
Originally from Long Island, NY, Dr. Groman received his veterinary degree from Colorado State University in 1994. After completing an internship at Texas A&M University, he worked in general practice for two years only to return to the university to complete a residency in internal medicine in 2000. Because of his love of learning, Dr. Groman then went on to pursue and complete his residency in emergency medicine at the University of Pennsylvania in 2003. His passion for kidney disease led him to a fellowship in renal medicine and hemodialysis at the University of California-Davis in 2003.

Prior to joining NorthStar in October 2010, Dr. Groman spent eight years on clinical faculty at the University of Pennsylvania, where he remains an adjunct clinical assistant professor helping to mold future veterinarians. Dr. Groman is active on several committees within ACVIM and ACVECC. His professional interests include acute kidney disease, extracorporeal therapies, and general emergency medicine. Outside of work, Dr Groman likes golfing, hiking, and traveling with friends and family.

Dr. Portner joined the NorthStar VETS team in November of 2008. He is currently an active member of the Policy and Procedure Comittee and runs the Blood Donor Program for the hospital. Dr. Portner has led several lectures for technicians and doctors in the hospital, as well as for members of our referral community. Most recently, he has become a member of the hospital’s Infection Control Comittee and was the lead team member during the control of a canine influenza outbreak in the central NJ region. Dr. Portner is currently working on a few publications for veterinary journals, one of which is expected to be published in 2010. In his spare time, he keeps busy by building furniture, playing indoor soccer, shooting archery, and going to the movies.

This entry was posted in Veterinary Medicine and tagged chocolate toxicity. Bookmark the permalink.