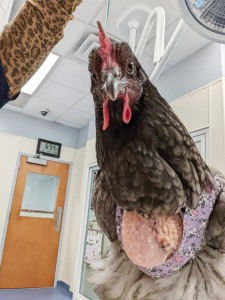 Diamond had a serious problem: she suddenly couldnât get food through her system. Unlike humans, when chickens swallow food, it goes into a storage sack along the side of their neck called a crop. From there, it goes bit-by-bit into a stomach-like proventriculus before moving on to the ventriculus, which crunches up food so itâs ready for the intestines. With Diamond, some dietary indiscretion (mainly grass and feathers), plugged the cropâs exit, so everything she ate after that filled the sack until it was a large pendulous lump in front of her chest. The Avian and Exotics team at NorthStar VETS performed a successful surgery in which they opened Diamondâs crop, pulled out the large grass and feather clump along with her undigested food, flushed everything out, ensured there were no other issues, and closed her back up. Now Diamond is back home hunting and pecking with the rest of her flock. 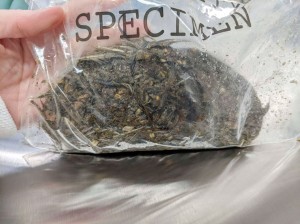