Laurie Bergman, VMD, DACVB is a doctor in the Behavior service at NorthStar VETS. In this blog post and video below, she talks about why her specialty relates so closely to the human-animal bond, the most common types of cases she sees, and how Veterinary Behaviorists save lives.

Dr. Bergman’s Discovery of Animal Behavior and the Human-Animal Bond
We caught up with Dr. Laurie Bergman, who was showing off the new things her dog, Ivan, has learned. Dr. Bergman is a veterinarian who specializes in animal behavior. She first grew interested in animal behavior from a class in veterinary school. “I first learned about animal behavior from watching a nature documentary when I was a kid. I was really interested in it. When I was in veterinary school and I learned there was a study of clinical animal behavior, I just found it so fascinating. After school, I was out in general practice doing work with dogs and cats in the Boston area, and I knew there was a Behaviorist there, so I started going on appointments with her. She became my first mentor. I love helping the animals, but I’ve learned a lot more about the bond that we have with our pets and how we live with them. I enjoyed this much more than just doing small animal practice.”

Dr. Bergman’s Schooling and the Type of Medicine She Originally Thought She was Going to Practice
Dr. Berman grew up in Bergen County and has practiced medicine around the country. “I went to veterinary school at the University of Pennsylvania and then I was in the Boston area for a while. I eventually went out to California to do my Behavior residency before coming back to the east coast. I spent the past eight years doing behavior house call work, but I really wanted to be at a practice with multiple specialties where I could collaborate. I was especially drawn to NorthStar VETS by the Exotics department. I originally went to veterinary school thinking I was going to be a bird doctor, so I wanted to be somewhere I could be doing Exotics behavior as well as dogs and cats.”

The Most Common Types of Cases Dr. Bergman Sees in the Behavior Service
The majority of animal behavior problems are based on anxieties. “It’s really anxiety that leads to most of the behavior problems that we see. It’s anxiety that we’re treating that may lead to a cat that is urine spraying, or a dog that’s aggressive if a stranger tries to pet them, or a bird that’s yelling and screaming and pulling out its feathers. It’s all about coming up with ways to treat those underlying anxieties. As a veterinarian, I also have the ability to prescribe medications.”

Dr. Bergman treats a wide variety of anxieties and phobias in pets. “Most of the cases I see are dogs, and mostly aggressive dogs. Some of that is because that’s what people recognize as being a problem that needs to be addressed. It’s not that these are bad or mean animals, it’s that they are anxious and they don’t know any other way to deal with the world in which they are living. I’ve also treated a lot of cats who are house-soiling (urine or feces in places it shouldn’t be), cats who are fighting within the household, cats who might be aggressive toward their owners, and fearful cats. With birds, it’s a lot of the same thing. We treat birds who might be aggressive, we see a lot of parrots with anxieties they act out by pulling out their own feathers, but also phobias. With fears, phobias and anxieties, it’s just how they manifest that results in the behavior problem we’re seeing.”

The Best Thing About Working at NorthStar VETS According to Dr. Bergman and How Her Specialty Saves Lives
The wide variety of specialists at NorthStar VETS helps Dr. Bergman to better treat her patients. “It’s the ability to work with a team to collaborate. I have a great team, and we really work together to treat the cases. Being able to refer to other doctors, that’s really the best thing about being at NorthStar VETS.” Treating and improving animal behavior helps to save countless pets every year. “For dogs and cats, we know that more of these pets lose their homes and ultimately their lives because of behavior problems than because of any single disease or anything else. This is why the Behavior service really is a lifesaver and it’s also rebuilding that bond because you really want to enjoy your pet. That’s what it’s all about!” 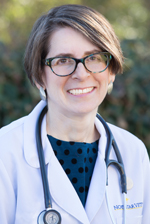