Cats need blood transfusions for many reasons, but anemia is a common scenario. One measurement of a cat’s blood is its packed cell volume (PCV), which estimates the percent of blood that is red blood cells. In a healthy cat, that number is somewhere between 30% and 45% with some variability. When a cat’s PCV falls below 25% (anemia), a veterinary internist or emergency doctor will transfuse blood from a donor cat into the sick cat to save its life. Recently, this procedure was needed in two separate cases at NorthStar VETS, and two healthy cats donated blood that same day.

Patch was brought to his family veterinarian for lethargy and low appetite. His blood work showed anemia, a mild elevation in white blood cells (indicating infection), and weight loss. He was referred to Dr. Tammy Anderson of the NorthStar VETS Internal Medicine team who admitted him for further testing. Patch’s PCV dropped to 12%, requiring a blood transfusion which saved his life by bringing his PCV back up to 20%, good enough for him to finish recovering at home before his next recheck.

Jasper was brought to his family veterinarian for lethargy and low appetite as well, where it was found he was anemic. He was referred to NorthStar VETS where it was discovered he had a PCV of 12%. Because he was in anemic shock, Dr. Marko Drazenovic of the NorthStar VETS Emergency and Critical Care team gave him a blood transfusion and handed the case to Dr. Anderson. After a couple days in the hospital, his PCV was up to 20%, but dropped back down to 14%. Jasper received a second transfusion which brought his PCV back up to 17% the next day. Looking much brighter, he went home with a PCV of 20% when discharged and will get further care.

From where did that life-saving blood come? NorthStar VETS Veterinary Assistant, June O’Hara, brought in her cats, Squeaker and Gandalf the Grey, to make the donations. Squeaker’s blood was taken in one room of the hospital and carried to the room where Patch needed it right away. Gandalf’s blood went to the bank, but was almost immediately taken back out to save Jasper. The need for blood from dogs, cats, and exotic pets is great and new donors are always welcome into the program! 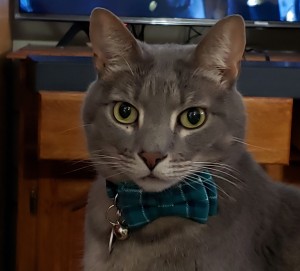 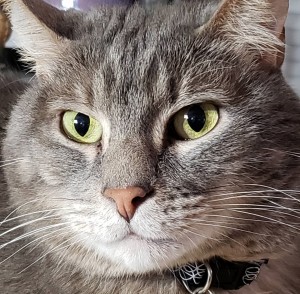 To see if your pet could donate to the NorthStar VETS Blood Bank, visit https://www.northstarvets.com/blood-bank. 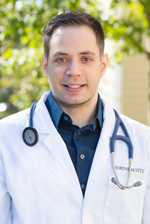 Dr. Drazenovic grew up in New Jersey, and received his undergraduate degree in Animal Science from Rutgers. After completing his veterinary education at the University of Pennsylvania, he went to Ocean State Veterinary Specialists, another veterinary trauma center in Rhode Island, for further training during his rotating internship. Dr. Drazenovic joined the NorthStar VETS team to continue practicing his passion for high-quality emergency care. His clinical interests include emergency stabilization and exotic species. In his spare time, Dr. Drazenovic enjoys caring for his cat, gecko, and aquariums.