From the Client Perspective: Living with IMHA

Ethan joined my family from Glen Highland Farm Rescue on December 26, 2009. I was his 4th home in his short time on this earth of 10 months. No one could figure out how to effectively communicate with him. He was quirky and anxious. But we took a chance on each other and I think he has taught me more than I have taught him. 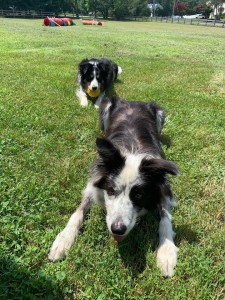 I was looking for my next competition dog and I thought Ethan could be it. We did enter the show arena in agility, herding, and lure coursing, but his insecurities would get the better of him and he would “act out.” What people didn’t realize was that he wasn’t giving me a hard time, he was having a hard time. I decided it was best for us to focus on him being comfortable in his own skin. He may not have won any big titles or events, but he is a champion in my eyes.

Those who know the story of Ethan know how difficult life was for him, as he was presented with challenges daily. Fear of other dogs, reactivity to motion, cars, bicycles, lights, sounds, ceiling fans – you name it. Together we learned how to conquer his fears, and Ethan finally allowed himself to be happy and content. Thatâs when we faced his next big battle – IMHA.

In August of 2018, Ethan started to urinate blood and seemed mopey. I knew something was wrong. My other border collie, Shane, was dying of gastric carcinoma, and now Ethan was on the brink of death with a disease I knew nothing about. It was then that I met with Dr. Tammy Anderson of the NorthStar VETS Internal Medicine team. She had previously treated another dog for me. I remembered her being knowledgeable and compassionate. I was terrified at the prospect of losing two precious border collies both within the same week. 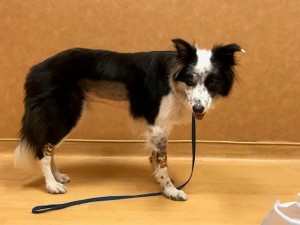 Immune-mediated hemolytic anemia (IMHA) is a condition where the bodyâs immune system attacks and removes its own red blood cells, leading to severe anemia, an unhealthy yellow coloring of the tissues called jaundice, as well as an assortment of life-threatening complications. Mortality from this condition is high, so veterinarians take an aggressive approach. Multiple blood transfusions and immune-suppressive drugs are needed.

Dr. Anderson promised that she would do all that she could. It was very touch-and-go for a while, but Ethan made it through his first transfusion and eventually became stable enough to be discharged. I believe Dr. Anderson and I spoke several times a week for the first two months after his diagnosis, as she wanted to closely monitor his care. 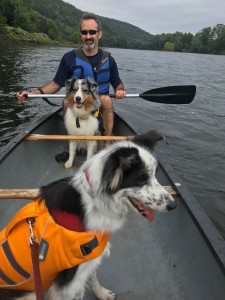 A few weeks after his discharge, we took Ethan kayaking down the Delaware River. I sent Dr. Anderson videos and pictures, as I didn’t want to just share the bad, but I wanted to share the good as well. At the end of each call or visit, she would tell me “Enjoy him.” That truly touched my heart, as her sentiment was genuine.

Over the next few months, we battled skin infections, fluctuating PCV numbers and elevated liver enzymes. And then in February 2019, the biggest fear of IMHA dogs came true – Ethan crashed. A transfusion would be more difficult now, as he would have to be cross-typed and matched. Ethan rejected the first transfusion and things were looking dim. Dr. Anderson was just as upset and concerned as I was. We spoke frankly, and Dr. Anderson took the time to explain everything thoroughly and with compassion. 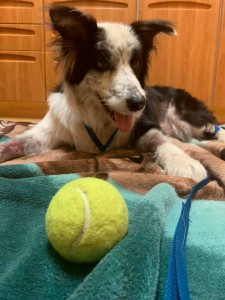 We made a joint decision to try one more time. If it didn’t work, we at least would know that we tried our best. The second transfusion worked! But we both knew Ethan was very fragile now. We then tried several different types of medication and that seemed to work. Our weekly/bi-weekly visits continued and Ethan became like “Norm” from the show “Cheers.” Ethan would walk into the hospital and EVERYONE knew his name. This made him light up! He gets showered with attention and cookies whenever he goes into the back for his tests and bloodwork. 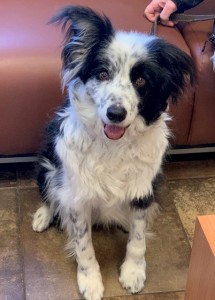 The staff at NorthStar has been wonderful with Ethan and have made us both feel at home. Several months went by until June of 2019 when Ethan got infected elbow hygromas and was septic. Again, Dr. Anderson pulled off yet another miracle and Ethan survived this as well. All throughout Ethan’s ordeals, Dr. Anderson remained genuinely concerned, knowledgeable, compassionate, but also grounded in reality. We told Ethan that he needed a new hobby, and jokingly said that he is on the “I’m Not Dead Yet” Tour. We are hoping the tour continues for the next few years! We have had a few more scares, such as bilateral calcium deposits and bizarre bony growths in his carpus, but Ethan continued to improve every week. He was an IMHA warrior. 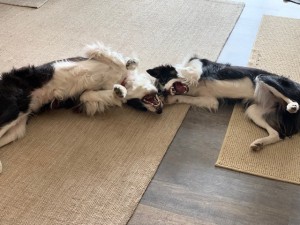 Today, as of February 2020, Ethan is off prednisone and we are slowly continuing to taper him off the other immunosuppressants. He has gained weight, his coat has come back in full, and is lush and curly. He is active playing ball, running in the yard, and that spark is back in his eyes. We truly appreciate all that NorthStar VETS and Dr. Tammy Anderson have done for us. This has certainly been an emotional rollercoaster, but the one thing that has remained steadfast is Dr. Anderson’s devotion to her patient’s care.

Learn more about the Internal Medicine service at NorthStar VETS 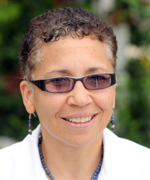