A tale that goes beyond our 24 hour pet emergency room in NJ and ends up in the care of our Veterinary Internist, Dr. Kimberly Hammer.

Stop Â nosing around – what happens when your pooch is nosey! 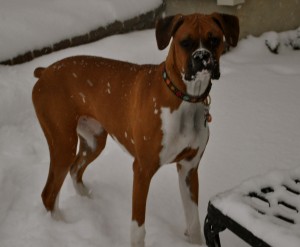 This is Sassy playing in the snow after one of the MANY snowstorms this winter!

Her very attentive owners reported seeing her eat some bushes and plants in the back yard just prior to the signs starting.Â  Dr. Hammer initially suspected that maybe she just had some irritation in the back of her throat so she sent her home for close observation.Â  The owners called the next day to report that Sassy was still making the same noises and now she didnât want to run around.Â  A Boxer puppy who doesnât want to run around?Â  Dr. Hammer knew then that something must be wrong.Â  She must have something stuck in her throat or nose.

Sassy came in for a procedure called a rhinoscopy (rhino = nose + scopy = scope). 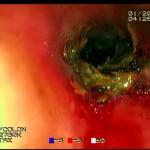 A long flexible tube with a camera is inserted through the mouth and then turned in different directions to look at the back of the nose.Â  Sassy didnât have anything stuck in her throat but when we looked behind her soft palate into the back of her nose, this is what we saw!Â  A picture of the back of a normal nose is next to it for comparison. 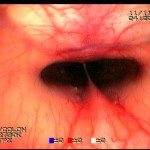 Dr. Hammer called Sassy about a week later to find out that all of her signs had resolved and she was back to being a puppy again. 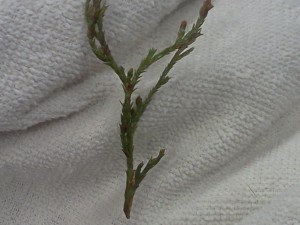